.
0 Items
BACK TO ACNE INFORMATION

Acne primarily affects the face, upper part of the chest and back where a high number of oil glands are on the skin. There are lifestyle choices that affect acne and so does food, make-up and medication that triggers it but mostly genetics play a major role for this skin disorder. This affects skin’s oil glands and hair follicles. When hair, sebum and skin cells clump together, it becomes either whiteheads or blackheads. When there is the presence of bacteria causes swelling and inflammation occurs. 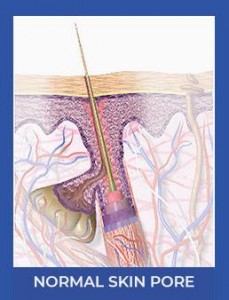 A skin starts of in a normal state but as dead skin cells begin to clog up inside the pore, these cells become sticky and gets stuck inside the pore and gets clogged up. This results to an early stage of acne or otherwise known as a Microcomedone. This is considered as non-inflamed acne and is close to the skin’s surface, which aren’t caused by bacteria.

There are 2 common types of are Whiteheads or Closed Comedones and Blackheads or Open Comedones. These two are the least severe forms of acne and typically do not cause any swelling and usually are not painful. 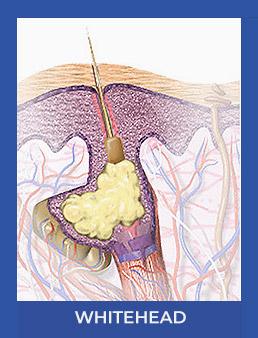 As sebaceous material or oil builds up triggered by hormone fluctuation, inflammation develops in the cells surrounding the pore and becomes clogged, compacted and thick. If the pore opening is narrow or closed, this results to Whiteheads. Whiteheads are characterized by are small, whitish or flesh colored bumps or spots with a white, round center surrounded by reddish circle or halo. A hair might sometimes emerge from the center or appear trapped within the blemish. Whiteheads typically do not cause scarring but can be infected when the bacteria, Propionibacterium acnes (P. acnes), causes it to become inflamed. 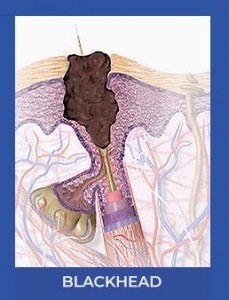 Blackheads are small, black or dark-colored spots that look like slightly raised bumps. The black coloration is not the results of trapped dirt but whitehead that simply have opened and darkened by being exposed to the air. Like whiteheads, it can be infected when bacteria is present. 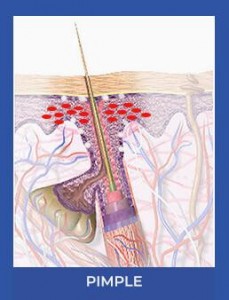 Inflamed acne comprises of redness, swelling and pores that are clogged with oil, bacteria and dead skin cells. It starts out as an inflamed papule or commonly known as a Pimple. The walls of the skin pore thin out then ruptures from the pressure of oil and dead skin cell build-up. These red dots represent the presence of bacteria infects it and causes inflammation and infection. 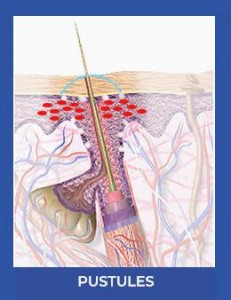 Pustules are similar to pimples but much larger in size. As the body’s immune system fights the infection caused by the bacteria, it triggers the white blood cells to pile up inside the pore, thus creating pus. Pustules caused by acne can become hard and painful. 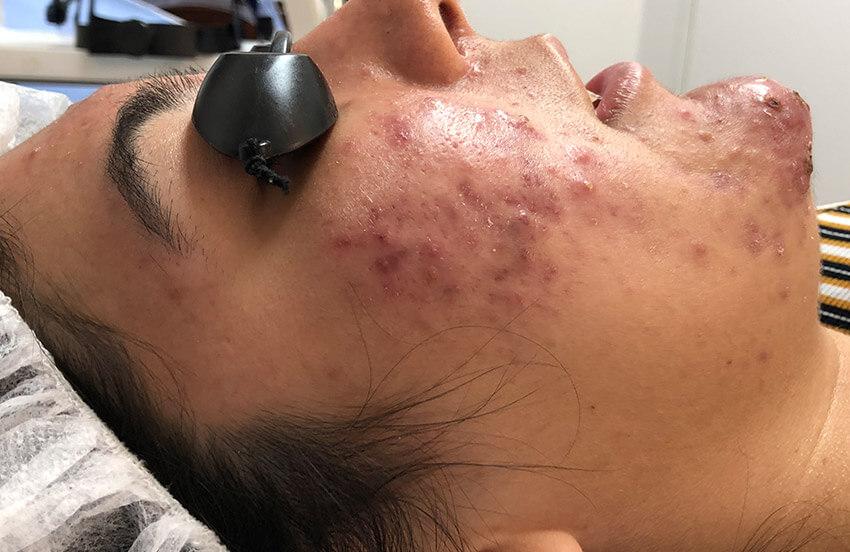 This leads to nodules and cysts forming, which are both inflamed and are painful acne lesions. Nodules are small, pus-filled bumps that are below the skin surface that tend to last for weeks or months. Nodular acne characterized by visibly hard, that often affect the face, chest, and / or back. These acne nodules tend to last for weeks or months. Cysts are the most severe type of inflamed acne. It is usually large and is below the skin surface, filled with pus. It is usually painful when the area is touched and scarring is common.

In conclusion, to simplify “What is Acne?”, it is a genetically inherited dead skin cell problem. As most acne, it begins in a Microcomedone form, whether as a Whitehead or Blackhead.  Preventing it is easier than treating it so having a great home care routine in between treatments is essential. This prevents the dead skill cells from building up, getting clogged and getting infected. Like in anything in this world, prevention is the key…an ounce of prevention is better than a pound cure.

BACK TO ACNE INFORMATION